Will Cities Recover from COVID-19 Fiscal Losses by Writing Tickets? 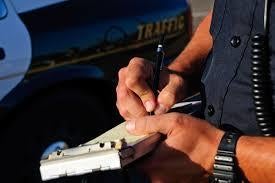 City governments are going to want to keep paying their employees and providing services for their citizens. Eventually businesses and municipal courts will be back to normal but there will be a months-long gap in the cities' revenue streams. What can cities do to refill their coffers?

It is out of cities' control how much sales tax its businesses collect (unless they raise tax rates) but there is one way of raising revenue that can easily be turned up. It seems obvious that the easiest way to increase city revenue is to write more tickets and make more arrests.

Police can write as many tickets as they want. Everybody speeds sometimes. Drivers frequently fail to signal when changing lanes or cross the solid white line when merging onto the freeway. Police normally ignore minor violations (except during peak DUI hours) because it makes sense to focus on more serious violations and leave officers free to respond to urgent calls. There is nothing, however, that stops police from writing a speeding ticket for for five miles per hour over the limit or for a minor equipment violation.

Will city councils put pressure on police agencies to increase the "performance goals" (formerly known as quotas) of the traffic officers? Will the officers be "encouraged" to write a couple more tickets per shift? My money is on yes.

Kansas DUI Defense Attorney Brian Leininger has handled over 2000 DUI cases and is ready and available to help you with your case. He has been practicing Kansas DUI law every working day since 1991.

Thank you for contacting us. We will get back to you shortly.

Please complete all required fields below.

We understand that a DUI arrest is not something that most people plan for financially. We try to make it as easy as possible on you to get great legal advice and representation.